Geographically Buxar coordinates at 25.56049°N Latitude and 83.98054°E Longitude. The region with total area of 1,620 km2 is located on the western border of Bihar. The historical city shares its boundaries with the neighboring state of Uttar Pradesh. River Ganga and Karmanasa forms the northern and western border of Buxar respectively.The land of Buxar is majorly low lying alluvial plain of river Ganges and her tributaries- Thora and Karmanasa. 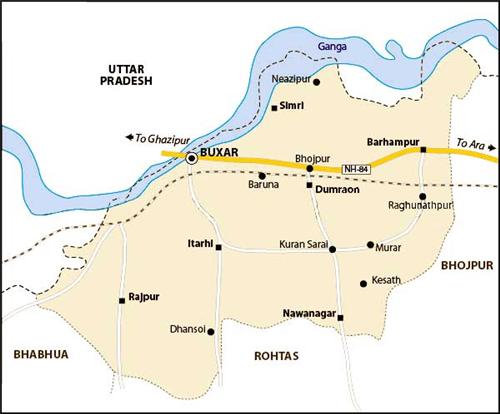 Map of Buxar
Buxar is rich in fertile soil and irrigation water. River Karmansa and River Ganges joins near Chousa. This area is said to be the best wheat growing area not only in Bihar but in entire India. Buxar before 17th March, 1991 was a subdivisions of Bhojpur district. The neighboring districts are Rohtas District in the South and Gajipur (U.P.) in the west & Bhojpur District in the east. Buxar is approximately at a distance of 100 KM from Patna and 90 KM from Varanasi.

Buxar experiences moderate climate. The summers commences in the month of April and lasts till June. Temperature during these months ranges between 20°C to 44°C. The months of April and May are extremely hot. Monsoons knock in around third week of June and lasts till the end of September. Sporadic rainfalls are the speciality of Buxar making it look very beautiful during this time. But there are no regular rains in the month of September. The winters begins in November and ends in the beginning of March.The Temperature during winters drops down in between 4°C to 28°C. January is the coldest month and the temperature falls down to around 5 Winters last till February in Buxar. Winters are the best time to visit Buxar. The temperature is ideal to tour the city and enjoy nature. The best season to visit Buxar is the winter season. In winters the temperature remains comfortable and is best suited to visit Buxar. October to April are considered best months to visit Buxar. occasional thunder storms are experienced starting from the month of April till the entering of monsoon.


Topography and Soil Texture of Buxar 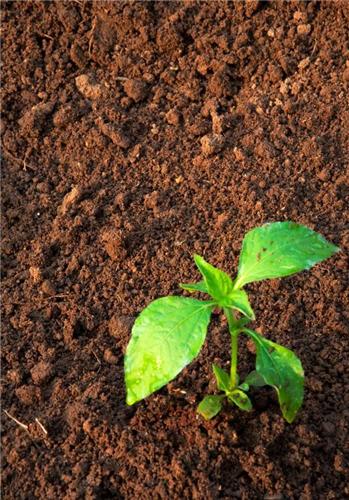 Buxar is a good place for agriculture because of the presence of plain area suitable for agriculture. the city has also blessed with good irrigation facility with two rivers of which is one big river ganga and other small river Chausa. Buxar lies largely in Indo-Gangetic plain. The soil found in Buxar is very fertile. The plains of Buxar are largely made of thick alluvial mantle of drift origin. The siwalik and older tertiary rocks. The constant deposition of clay, silt and sand brought by streams forms the young loam soil of Buxar. Phosphoric acid, nitrogen and humus are rarely found in the soil. Potash and lime are found in the sufficient quantity.

The main occupation and source of livelihood for the people of Buxar is agriculture. The main crops grown here are rice, wheat, jowar, maize,sugarcane, bajra, potato, sunflower and all varieties of green vegetables. mango trees are also found in large number.the main crops of the region are Rice, wheat, grams and pulses. Buxar is also the largest producer of wheat in India. Vegetables are also grown abundantly in some parts of the town.

Buxar is a largely a plain area blessed with a lot of irrigation facilities and fertile soil. The area is highest producer of the wheat in India. The holy River Ganga and its tributaries passes by the city. The entire district has a large population and the population density is quite high here. The people here are educative as indicated the literacy rate, which is higher than the average literacy rate of the nation. The climate of the region is moderate, where summers are hot, experiences pretty good monsoons and cold winters. The plain lands on Buxar near to the river and water bodies are prone to floods. Because of its strategic location the city is of high importance.