Buxar is an important historic place which has witnessed different stages of Indian history. One can find imprints of ancient, medieval and modern history in this part of Bihar. Exploring Buxar without any know-how about its past will be fruitless as various historical events shaped the growth and development of this modern city. Lets explore through the various stages of history that made the city so special in Bihar. 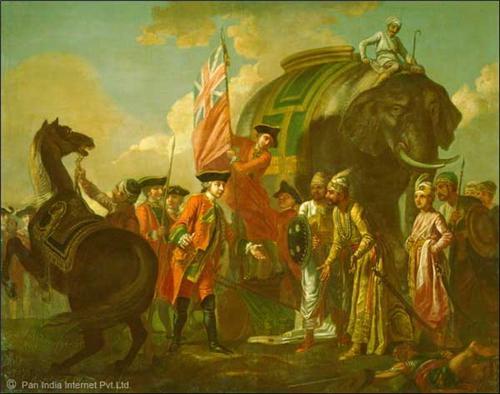 Origin of the name

The etymology of word Buxar is "Vyaghra + Sar". Vyaghra and Sar are the two Sanskrit words that mean, Tiger and Pond respectively in short a pond or a lake that is visited by the tigers of the region. There is another story connected with the name of Buxar, of the sage Rishi Durvasha cursed Rishi Vedshira with a tiger face. His face was later restored after bathing in a holy tank which was named as Vyaghrasar after that.

The place founds mention in mythological text Ramayana. It is said that Vishwamitra ashram was situated at this place. It is said to be a place where Lord Rama and his younger brother Laxman got their teachings. The statue of Tadka the evil demoness in Buxar points to a local tale that is very famous in India. According to it Lord Rama killed Tadaka(Rakchhasi) in Buxar. In a place now known as Ahirauli which is situated six kilometers away from the Buxar town Ahilya who was the wife of Gautam Rishi after touching the feet of Lord Rama restored her human body from that of stone and also got salvation afterwards. Buxar is also mentioned in epics like Brahma Purana and Varah Purana.
Once known as "Chaitrath", "Karush", "Siddhashram", "Vedgarbhapuri", "Tapovan", "VyaghraSar", Buxar founds mention in epics like Brahma Purana and Varah Purana. Buxar is also linked with ancient civilizations of Mohanjodaro and Harappa.

The medieval Buxar witnessed a famous battle which was fought between Humayun and Sher Shah Suri at Chousa in 1539 A.D. The battle was won by Sher Shah Suri. The wrong decision taken by Humayun of taking a long route was the main reason of the defeat. The defeat was decisive as it paved the way for the establishment of Afghan rule in India with Delhi as capital.

Buxar was a combat zone between foreign invasion and countrymen during British entry.
The Muslim Mughal Mir Kasim , attacked British troops to capture province of Bengal. In 1764, he along with Mughal Emperor Shah Alam II and Nawab Shuja Ud Daulah of Oudh (Awadh) attacked British army. On October 23, 1764, Mir Kasim was defeated by Britishers. The famous battle is known as the Battle of Buxar in history. British army was led by British Major Hector Monro who took the charge of 857 European soldiers and 6213 sepoys. The battle was fought in the famous ground which is now known as Katkauli ground which is situated at about 6 kilometres from Buxar. There stood a stone memorial which was erected by Britishers at Katkauli. It stood erect as a memory of the great battle.
The war gave Britishers a go ahead to wide spread their arms in India. The result of Battle of Buxar was the establishment of the rule of the East India Company in the eastern part of the Indian subcontinent.

Buxar today is one of the fast developing regions of Bihar. Sita Ram Upadhyaya Museum in Buxar is a perfect place to witness the glorious history of Buxar. Today Buxar is an important place, the largest producer of wheat in India and a famous place because of its strategic location. Buxar is now famous for agricultural activities and the agriculture in Buxar flourishes a lot because of the climatic condition of the region and good irrigation facilities.